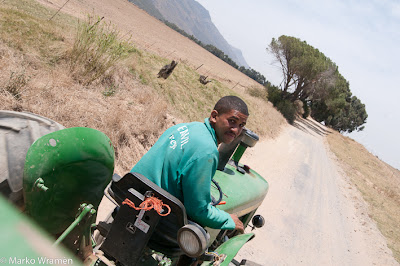 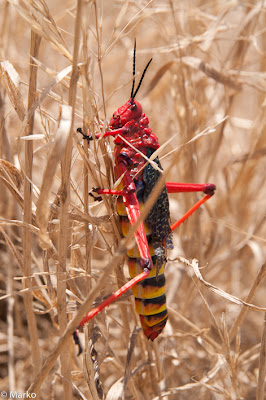 Today I have been out travelling for a Month. Four continents, lots of impressions and many friendly people. The last ten days I have been in South Africa together with Anders (a k a Bonen). We started in pleasantly cool Cape Town, renting a flat in the quaint Waterkant area and just enjoying the food and the nightlife.

6th of December we met Magnus, Jenny and Tor at the airport and drove two hours North to Porterville for two weeks of paragliding. Here the temperatures are more 34-38 degrees centigrade and the landscape rather arid. We are flying along a long ridge, over the flatland in front  of it and in the valleys behind it.
Some days have been good, other OK. Two days ago I managed a new personal best, flying 77 kilometers. While flying I spotted several eagles (and flew with some of them) but also two mountain gazelles and a bunch of klipdassies. Flying safari!
Yesterday on the other hand I landed after just 26 minutes, but hey, that is what makes the sport so exciting. I saw some giant red grasshoppers (or whatever it is)close to the bull pen I landed in. Out on the road I got a hitch with a tractor - people are very friendly and helpful out here.
Email ThisBlogThis!Share to TwitterShare to FacebookShare to Pinterest
Labels: paragliding, Porterville, skärmflygning, South Africa, Sydafrika